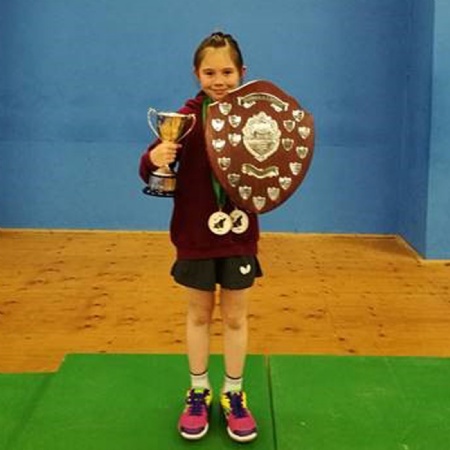 Hannah went on to win Gold for England in the Girls' Singles competition, beating the Welsh number one Lily Elliott 3 games to 1. Hannah is the first England girl to win the trophy since Tin-Tin Ho in 2010.

Hannah's family very much appreciates the School's support in sponsoring her in this competition.